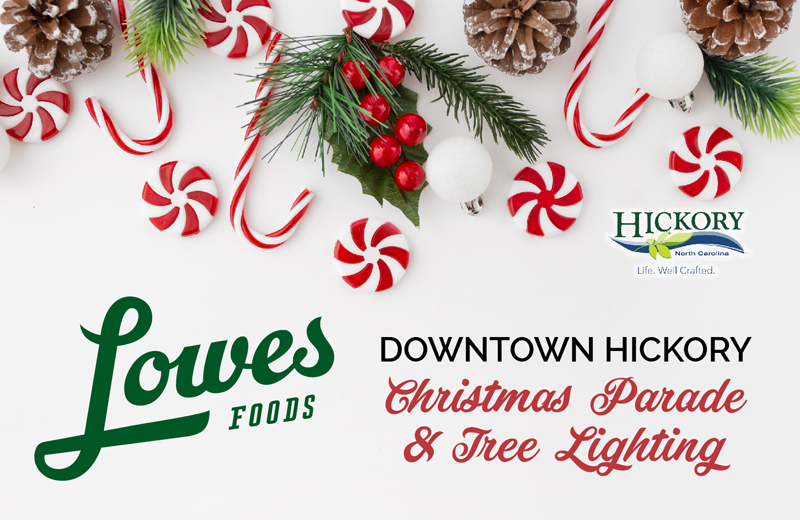 Join us in kicking off the holiday season!  The City of Hickory’s annual Christmas parade begins at 6:00 p.m. and will be immediately followed by the tree lighting by Santa and Mrs. Claus on Union Square.  After the parade and tree lighting conclude, the community is encouraged to spend some time in Downtown Hickory, shopping at the retailers, grabbing a bite to eat, enjoying the holiday music, and maybe even taking their own photos with Santa and Mrs. Claus.  A number of the downtown retailers will remain open late this evening for holiday shopping.  Make it a full night of fun and festivities downtown.

Hickory is in its sixth year of a new tradition, which is to kick off the holiday season the Friday before Thanksgiving by combining the Hickory Christmas Parade and Tree Lighting.  Sponsored by Lowes Foods, the parade will begin at the intersection of 4th Street NW and 1st Avenue NW., and continue on 1st Avenue NW towards City Hall, Turn right on North Center Street, then turn right on Main Avenue NW.

The event is finished.